Crimson Skies is probably my favorite miniature wargame. Although it has been out of production for almost 15 years, it aged well and when I introduce new players to the game, almost every one is charmed by the game. It has its problems, no 3D, the firing and damage phase that takes a lot of time, but hey, so does the Battletech damage phase (ever resolve the damage of an X LRM?).

My two favorite factions are Québec, or the République of Québec (my appelation) and the Maritime Provinces. Here are 6 planes that I painted in the color of one of the best known squadron of the MPAF. 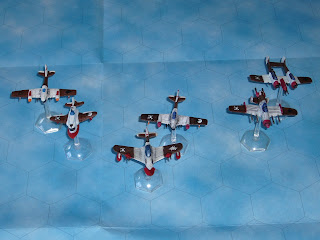 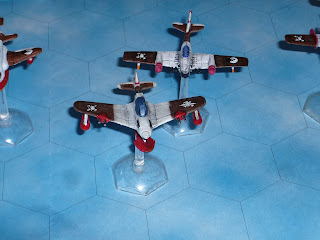 Close up of Wing 1 (Grumman Sandhill and Avenger) 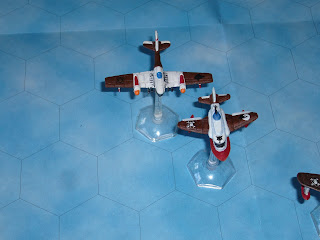 Close up of Wing 2 (Farichild Brigand and McDonnell Kestrel) 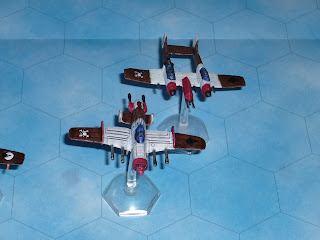 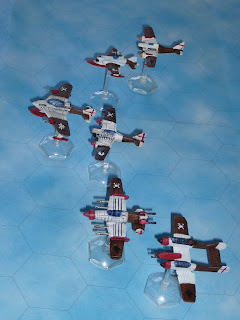 This is going to be a simple blog about my projects past and present and a personal motivational tool in order to make me work thrugh my lead/plastic mountain.

I collect everything about Crimson Skies (the FASA board game) and I am a big Blood Bowl fan, even had the honour of beeing named one of the 50 most important member of the community during the LRB 6 / CRP war.

I addition I am trying to start on Frostgrave, Rogue Star and my go to game for modern/Sci-Fi is Five Core.

I hope to be able to post regularly, but a demading job and a young family is hard on a hobbyist life.

Let us hope that we are going to enjoy the ride.
Posted by Jici at 12:43 PM No comments: